In ten months, the wind parks operating in Lithuania have produced 1.1 TWh of electricity, almost 20 percent more than during the same period last year. The final figure of the full year is now expected to break the record of 2017. 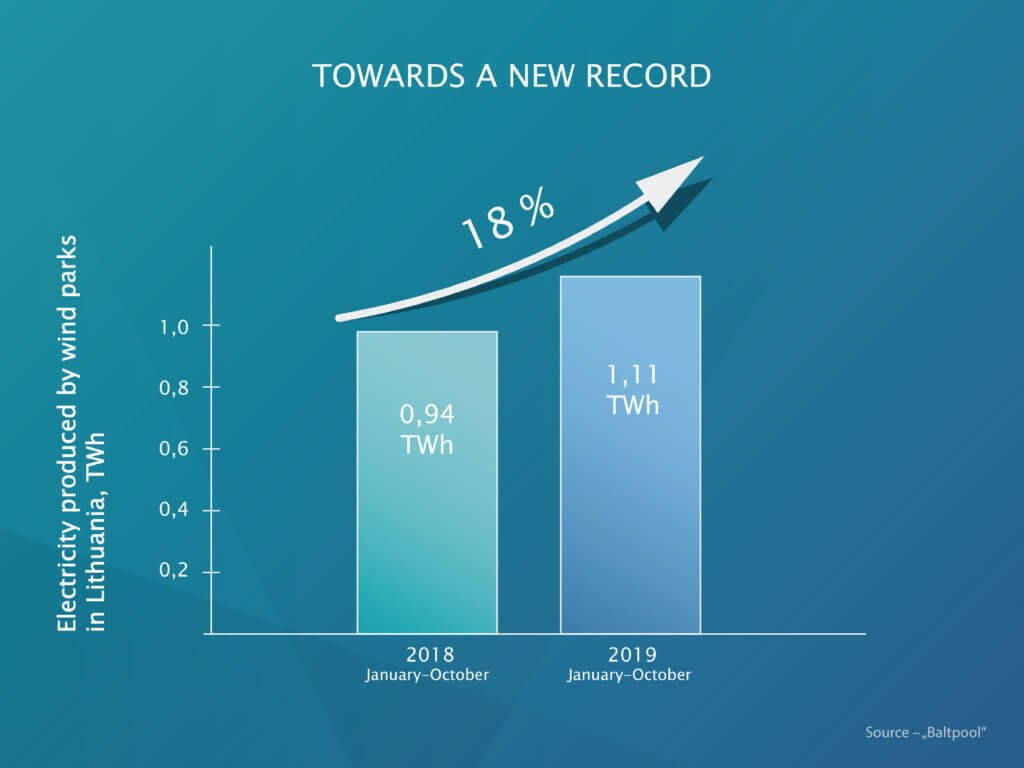 Lithuanian energy exchange Baltpool has recently announced that in October the country’s wind parks produced around 116.8 GWh of electricity. According to the data of WindEurope, on especially windy days the wind turbines covered up to one fourth of the country’s demand.

The total result of the ten months exceeded 1.1 TWh and is 18 percent greater than last year. During this year, both the grid-connected and the small wind turbines have increased production output. Such results have raised expectations that, if the weather in November and December is sufficiently windy, the annual production will exceed the record of 1.3 TWh made in 2017 – 13 percent of final electricity demand.