Wind energy experts: Lithuania could become the second Kuwait if it meets one condition

According to the estimates of the Lithuanian Wind Energy Association, about 3.5 gigawatts (GW) of installed capacity of wind projects would be sufficient to meet the electricity needs of the country’s population, which means that the current capacity would need to be increased by a factor of 4-5 times, but the country’s potential is much higher.

Researchers from the University of Sussex in the UK and Aarhus University in Denmark have calculated that Lithuania’s installed wind generation potential is at least 2-3 times that of Germany, the world leader in wind power. The country’s geographical location and the availability of available land suitable for the development of wind farms are not only favourable for the development of wind energy, say the experts. Lithuania, which last year reached an installed capacity of 668 megawatts (MW) of wind power in the country, is now approaching the 800 MW mark. Meanwhile, the National Energy Independence Strategy sets an ambitious target of 7 GW of installed capacity from renewable energy sources by 2030. “Last year, wind-generated electricity in Lithuania covered 10% of the country’s annual electricity needs. Compared to the overall EU average of 14%, the gap is not that big. However, increasing wind power capacity means not only more sustainable and cheaper electricity production, but also energy independence,” comments Edgaras Maladauskas, Acting Director of the Lithuanian Wind Energy Association (LVEA). According to his estimates, the association’s members estimate that the country would need at least 50 wind farms with a total installed capacity of 3.5 GW, which would be enough to cover the entire country’s electricity needs, even on a less windy day. Lithuania’s geographically favourable location has the potential to increase the installed capacity of wind farms at a much higher rate, as the current potential is not being fully exploited, wind energy experts believe. According to Dainius Jurėnas, head of the renewable energy project design studio Archstudija, Lithuania’s geography is particularly favourable for the development of wind energy. 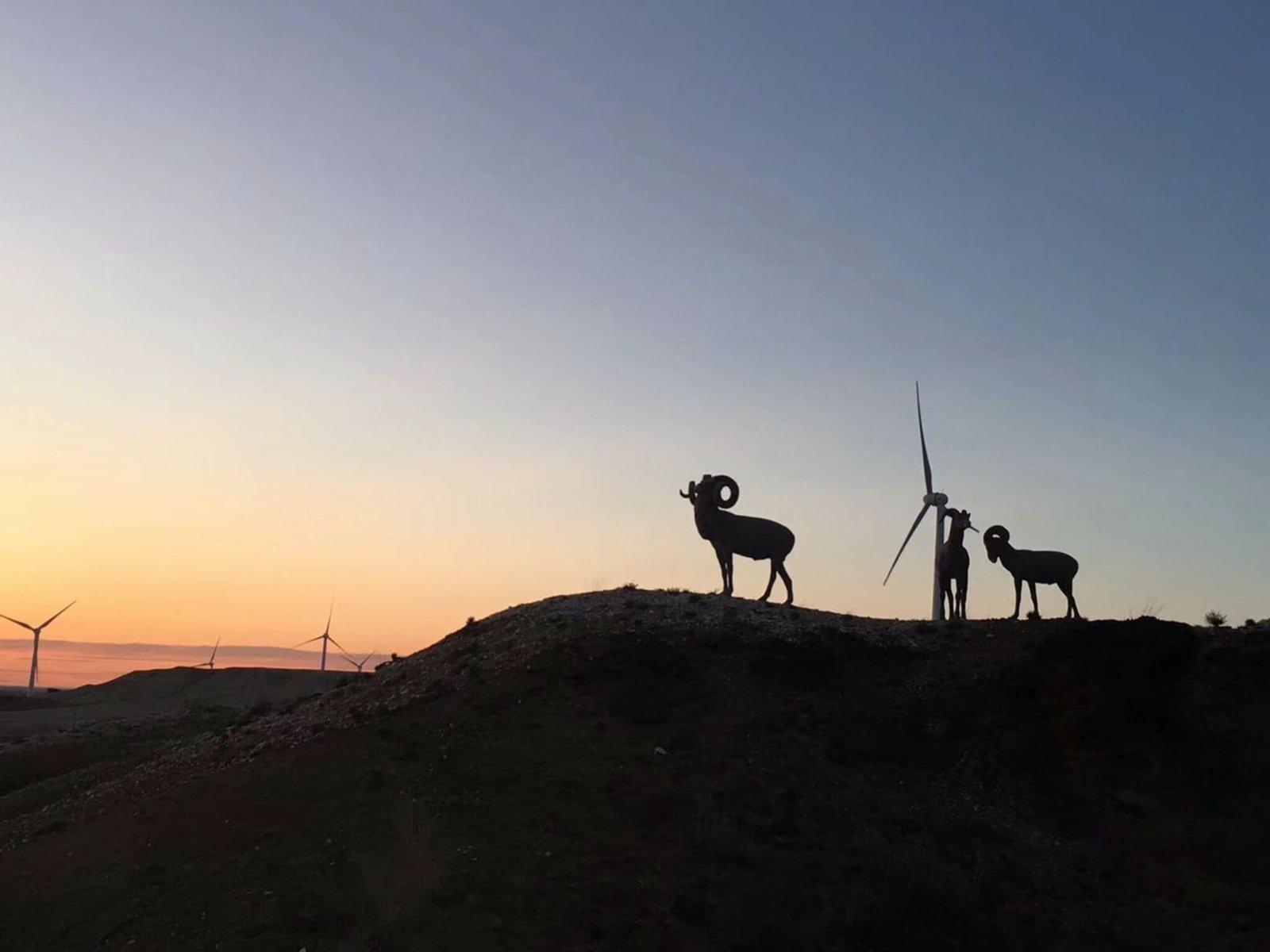 “Lithuania is geographically the most attractive country in Europe in terms of wind energy potential. Yet today we are 20 times behind Germany in terms of wind power density. As wind farms are currently high enough, it does not make much difference where to build them – in eastern or western Lithuania,” he said. This is supported by the finding, published a few years ago by researchers at the University of Sussex in the UK and Aarhus University in Denmark, that Eastern European countries have the highest potential for additional onshore wind power generation in Europe. The researchers estimate that Lithuania and neighbouring Latvia have an installed capacity potential of 1.9-4.5 MW per square kilometre, compared to 1.2-1.9 MW per square kilometre in Germany and Poland, which are leading the way in wind energy. “According to the Global Wind Atlas, the country’s meteorological conditions are also favourable for wind energy development, with Lithuania sharing the 7th-8th place with Belgium in terms of windiness among the 27 EU countries. According to Jurenas, Lithuania has 10 times more space for onshore wind farms than developers can use. Therefore, while the country still has suitable land for wind energy development, ambitions to develop offshore wind farms should be treated with caution. While theoretically there is a lot of potential to develop wind energy in Lithuania, development is limited by the availability of grid connection. According to Litgrid, Lithuania’s electricity transmission system operator, the country’s grid capacity is currently capped at 3.6 GW. Most of the capacity (2.2 GW) has already been reserved by onshore wind farm developers, with a further 1.4 GW reserved for offshore wind farms. “In order to develop wind energy in Lithuania, it is necessary to invest in electricity grids and increase their capacity. Most transmission lines are already reserved for projects under development, so the biggest challenge is for new project developers planning further expansion of renewable energy,” says Martynas Petravičius, Head of the Energy Design Institute.

According to him, Lithuania itself should also be interested in increasing the grid capacity, and private capital could also be used for this purpose: “A well-developed wind energy sector would open up the possibility of exporting electricity.” D. Jurėnas also agrees – Lithuania could become a second Kuwait if the state sets a strategic goal. “We should decide whether we want to be a wealthy country that does not pollute the environment and exports green energy to Europe, or whether we want to remain gas consumers and producers of the most expensive electricity. We have all the technical possibilities, we just need to cut the red tape that makes the development of wind farms take 3 to 6 years at best,” emphasises D. Jurėnas. According to LVEA CEO E. Maladauskas, the recent boom in grid bookings and development permits shows that the problem is not in the permits, but in the grid’s ability to accommodate such a large amount of additional planned generation. The focus should be on introducing flexibility measures and developing energy export opportunities in the long term. “Electricity demand is not only growing in Lithuania, and by increasing wind generation, we could meet both our own growing consumption needs and offer electricity to other countries. These are as yet untapped opportunities that we should include in our plans for the coming years, beyond the domestic market. In addition, businesses are developing renewable energy completely without state support, and these business-developed projects are making a significant contribution to raising the incomes of the population in the Lithuanian regions, increasing the collection of state taxes and reducing the public debt. This is particularly relevant in the context of the currently debated deficit state budget (~-4% projected deficit),” says Mr Maladauskas. According to forecasts published by WindEurope, the European wind energy industry’s trade body, before the Russian-induced war in Ukraine, Europe is expected to reach 116 GW of installed wind power capacity between 2022 and 2026 – 23.1 GW annually. However, to reach the 40% renewable energy target by 2030, the European Union (EU) would need to install 32 GW of new wind capacity each year. This ambition has been boosted by the European Commission’s REPower EU plan, published at the beginning of March, which raises the bar for meeting the 40% target to 45%.